Over the years, we’ve worked with hundreds of companies to define what they do, elevate how they talk about themselves and connect with their staff and customers. All with words that work for them.

Cookie’s work and studies have taken her to Sydney, Paris, London, New York and San Francisco, before returning to Vancouver.

She received her MBA from Columbia University (with Dean’s List recognition) and attended The Sorbonne’s French Language Program in Paris.

As the Managing Editor of Envisioning + Storytelling, she developed brand stories and communications materials for companies around the world. In her role as Executive Director of Global Content for the Canadian Tourism Commission, she was responsible for overseeing the creation of travel-inspired stories. She has created product names for Nissan, new product concepts for Kellogg’s, films and websites for destinations around the world.

Now, as the Principal of Bespoken Word Communications, she helps organizations define and tell their story. 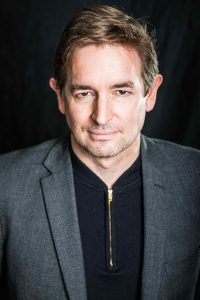 Working with a diverse range of clients including government, non-profits, museums and agencies, Walter helps organizations and brands find the words that best tell their story.

Walter is a co-founder of Route 99 Films, a Vancouver-based writing and producing team that creates and develops original and adapted stories for film and television.

He is the co-writer and Associate-Producer of the short film The Timekeeper, which was chosen as a “Coup de Coeur” at Cannes Film Festival in 2015. Walter is also the co-writer of The Christmas Calendar, an MOW that airs annually on television around the world. The film received 8 nominations including Best Television Movie and Screenwriting at the 2018 Leo Awards.